AJ is officially three. The terrible twos were not so terrible and we are embracing our threeager. Grandma Pat and Grandpa Art came into to town to celebrate the birthday. We chose the Turkey Trot Trail in Mt Falcon, a trail we did in late winter/early fall. It is a great trail, but we forgot to plan for the heat. We meant to get out earlier, but the challenge of kids and logistics caused us to not get to the trail until 9am. Normally not too late, but on a day expected to hit high 90s probably doomed before it started…..oh yeah, and the trail is really steep to start.

Despite all of these factors pushing against us we decided to trudge on anyway. We started with MJ on my back and AJ on foot. We trudged slowly up the hill with AJ struggling against the steepness and heat. We kept encouraging him and helping him along the way, but we soon realized this was not going to work out. We only had one carrier and in no way was AJ going to make it all the way. We tried Grandpa Art carrying AJ, but it was too hot and he was to heavy. The tipping point was sunscreen getting in AJ’s eyes and him being miserable. 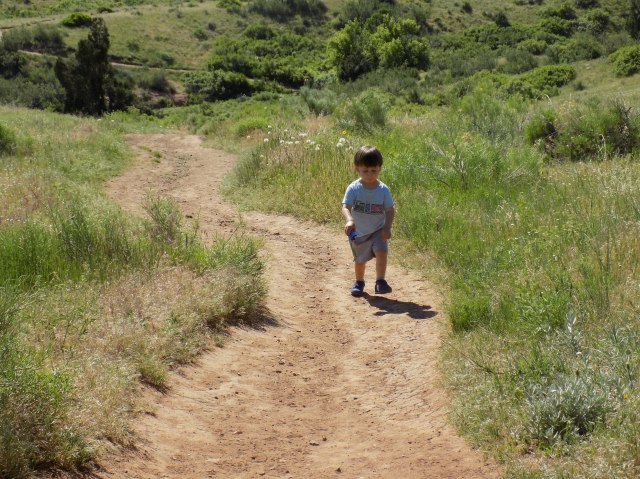 This is one of the many, many, MANY! compromises you make as a parent. It was stressful situation because we want to be outside and get exercise, but the health of our kids, obviously, always comes before our wants. So, I turned around with AJ and mJ, while Grandpa and Kaitlin completed the hike. It was a relief and all was good as we trotted down the trail. We found a nice picnic table in the shade and had a snack and played games with rocks while we waited. All in all, it was a good hike and we enjoyed the outdoors. 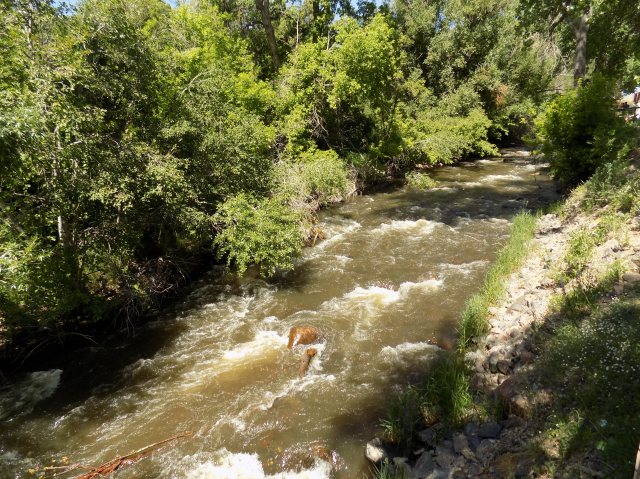 A cool river in town – after the hike

We also stumbled upon the Vietnam War Memorial. Art is a Vet. He loved this!